GIT will er in 2 Wochen geschrieben haben, markig sind die Sprüche zu SVN ("CVS done right or what their claim was - CVS can't done right! These stupid morons have been concentrating on the wrong feature: Branching/tagging is easy - who cares? *Merging* is the important part!) aber auch die Beschreibung eines neuen Modells: at 69:00 "content matters, not individual files: E.g. that function has moved from that place in file in history to that file." 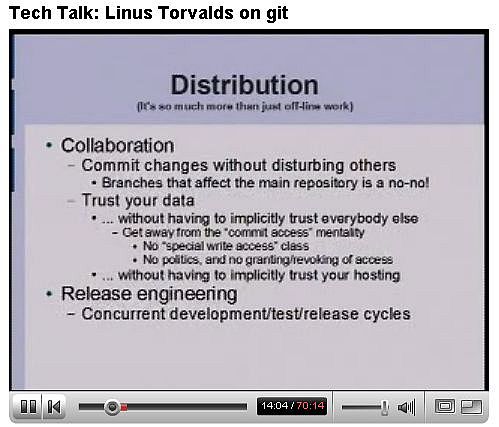 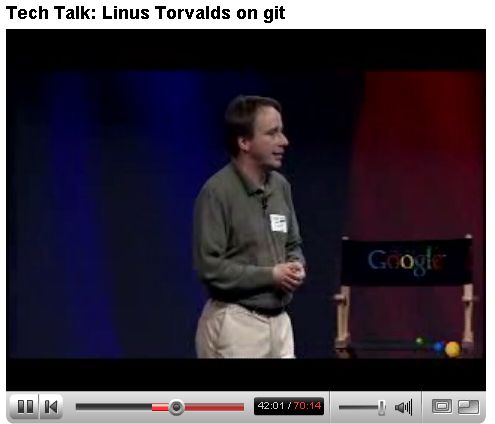 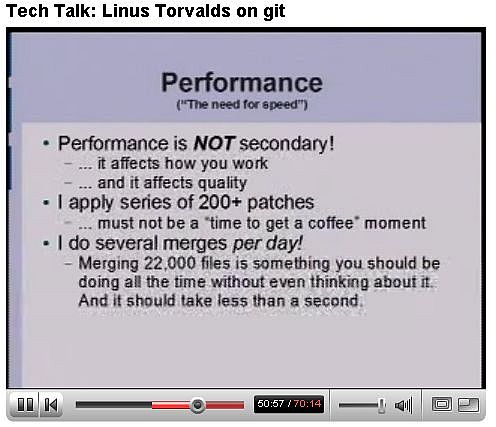 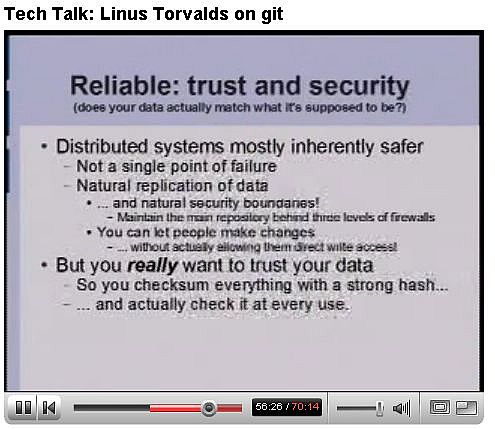 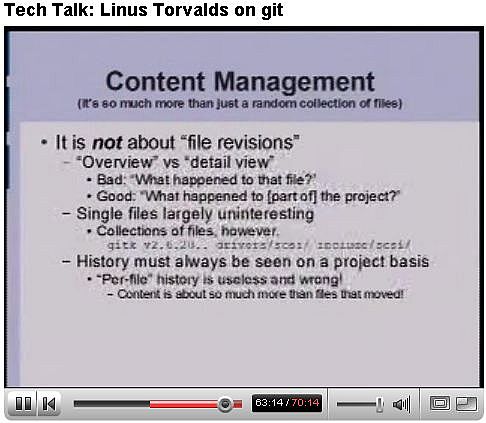 Why I dislike Subversion

I've had to explain this enough times that it merits its own page. SVK does not factor into these points because I consider it to not be part of subversion.

* Metadata is stored in every subdirectory, rather than in one top-level directory. This makes subversion unsuitable for backing up /etc, because it causes conflicts with various programs that have expectations about the contents of their directories.

* I can't make an offline copy to work on, unless I use some other revision control system to layer on top of it like Mercurial or bzr. If I'm using Mercurial and bzr to do this, I might as well have used them for the main repository as well.

* Subversion does not keep track of merges.

* Subversion does not handle renames in a sane way.

* It is easy to accidentally get the wrong directory from a project you're just starting on, thanks to Subversion's "every directory is a repository" model.

* If the people who host your repository go away, you lose the entire revision history. Not so with decentralized version control systems.

* Subversion once failed to completely update a checkout, and a co-worker had to spin some magic to get it "completely" updated. This is not sane. CVS suffers from the same kind of problem.